Popular name to define the spirit of marc, made from the skins of grapes, seeds and sometimes even from the stalks, once separated from the must or wine, produced in Italy or in Italian-speaking Switzerland and San Marino. The grapes can be fermented or virgins and fermented after the separation from the musts. The first evidence of the study on marc distillation dates back to 1600 and are due to the Jesuits, among them the name of Brescian Francesco Terzi Lana stands out, but only at the beginning of the nineteenth century we can finally talk about the creation of this drink. The classification of Grappa is very articulate. Labels can highlight the geographical name of origin, grape varieties, the type of still and other elements, resulting in each different product categories. The existing legislation emphasizes the regional concept: the Regulation of the European Union gives the geographical name to Grappa from Barolo, Piedmont, Lombardy, Veneto, Trentino, Alto Adige and Friuli. In addition to this, especially in terms of its organoleptic characteristics, there are the following types: Young Grappa, offers just aromas derived from grapes and fermentation, carefully selected by distillation; Young aromatic Grappa, has the same characteristics as above but is obtained by a semi-aromatic or aromatic variety, such as Moscato, Müller Thurgau, Traminer, Sauvignon etc; Grappa refined in wood, refined in oak barrels for a period of time less than that required by law to call themselves aged; Aromatic Grappa refined in wood, like the previous one but made out of semi-aromatic or aromatic grape varieties; Aged Grappa, by law can be distinguished by the term old or aged if it is stored in wood containers for a period not less than 12 months, Stravecchia or Reserve if the time is at least 18 months; Aromatic  Aged Grappa, like the previous one but obtained by aromatic or semi-aromatic grapes; Flavored Grappa, its flavor profile is completed with natural flavoring. 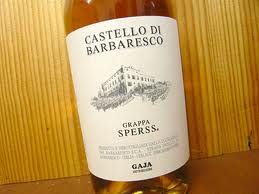 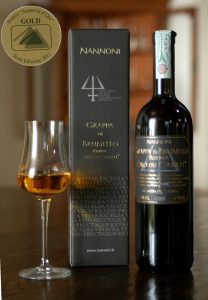 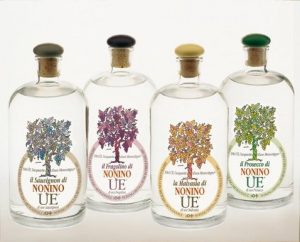