Typical apple spirit of the eponymous French department of Lower Normandy.  The first distiller of apple juice known in Normandy was Lord de Gouberville which produced the drink for the first time in 1554, although Charlemagne mentioned it already in some writings dated the seventh century.  A little more than fifty years after was founded the guild for cider distillation, in 1606.  The area of ​​"Calvados" was well defined only after the French Revolution but the Eau de vie de Cidre, cider spirit, was already commonly known as Calvados.  Production is carried out through the distillation of fermented apple juice and partly pear, and the subsequently aging in oak barrels during at least two years.  The AOC (appellation d'Origine contrôlée) Calvados authorizes a double distillation for all Calvados and it is specifically required for the AOC Calvados Pays d'Auge.  The double distillation takes place in traditional stills, "alambic à repasse" or "Charentais", which give to the product rich complex and delicate fruit aromas,  with a potential long aging.  The single continuous distillation takes place in column stills that give to Calvados a fresh and clean apple taste, but too little complex to evolve through barrel aging.  There are three denominations for the Calvados  divided by production areas:  A.O.C. Calvados, nearly 70% of the entire production of this beverage, including all the Calvados, Manche and Orne and the parts of Eure, Mayenne, Sarthe, and Eure-et-Loir. The used apples and pears must be the varieties defined for the cider. In the production are regulated also the processes like pressing, fermentation, distillation and aging. Usually the distillation takes place in a continuous still.  A.O.C. Calvados Pays d'Auge is limited to a few areas of the east of the Calvados. In addition to follow the rules cited above, it has other limitations: the aging must be at least for two years in oak barrels, the distillation must be done in a pot still, the fermentation of the cider must be at least for six weeks.  A.O.C. Calvados Domfrontais reflects the long tradition of cultivation of pears in the area, producing a unique fruity calvados. At least 30% of pears comes from this area and is aged for a minimum of three years in oak barrels. The apple orchards must contain at least 15% of pear trees, which becomes 25% after the sixteenth harvest.  There is, finally, the Calvados Fermier, "Calvados of Farm", which indicates a traditional production process of high quality. 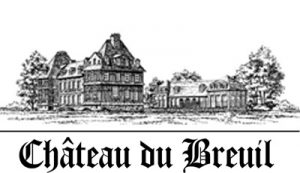