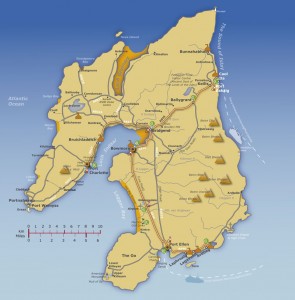 Hebridean Island where there are eight distilleries of Scotch Whisky:

Laphroaig, Lagavulin and Ardbeg, located along the southeast coast, produce peaty Whisky with notes of iodine, seaweed and salt due to water used;

Caol Ila, located on the north side of the island, produces a robust and peaty Whisky;

Kilchoman, the last distillery that arrived on the island, is characterized by use a own barley production.