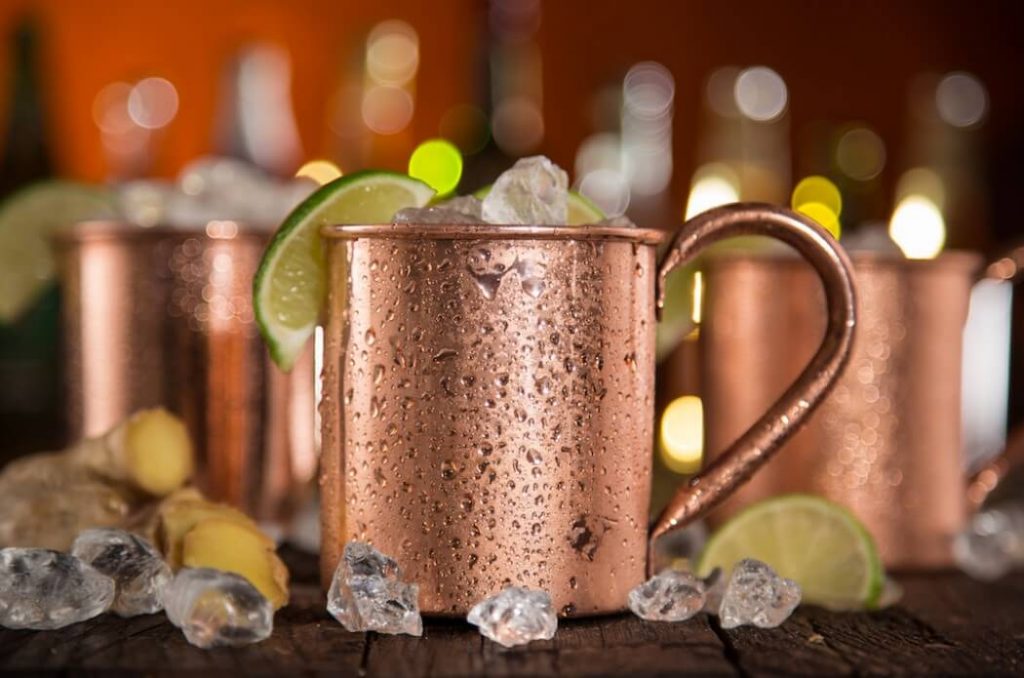 The used preparation technique is Build in characteristic Mule Mug. As the tradition dictates, to prepare cocktails of this family the lime juice must be poured before, then the distillate, then we will have to fill the glass with ice and finally add the fill of ginger beer. We can mix the cocktail directly with straws.

Appeared in 1941 in Los Angeles from a meeting between John G. Martin, chief of Heublein drink Company, “Jack” Morgan, owner of Cock’n’Bull Products, that produced Ginger Beer, and the president of Pierre Smirnoff (vodka division of the Hublein) Rudolph Kunett. These three were in the restaurant of Jack Morgan, who had just received the first lot of his production of Ginger Beer. And then they tried a fusion of vodka, lemon juice and ginger beer. Thrilled with the result 5 minutes after they called it the Moscow Mule cocktail.