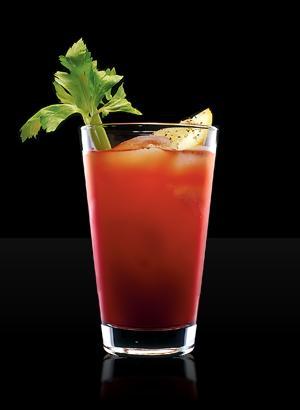 Build in a Juice Rock glass or in a Tumbler glass.

Well known as a recovery from hangover, this invigorating and intensely flavored cocktail was created in 1939 by the american actor/singer-songwriter George Jessel, but there is no certainty whether the epithet “Bloody Mary” was inspired by Queen Mary I of England or from Hollywood actress Mary Pickford. In 1934, at the St.Regis Hotel in New York was served a similar cocktail known as Red Snapper, created by Mr.Fernand Petiot, but later modified with the add of tabasco, celery and other ingredients.